Apple Computers iObscure to iTop of the World

Apple Computers iObscure to iTop of the World 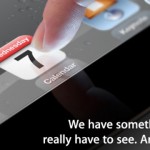 Apple Computers (AAPL) is set to announce, most likely, iPad3 during most anticipated event of the year so far. Almost every mainstream media site has a story to write about Apple computers. Apple fans start forming queues in front of the stores often days in advance, almost in every country around the world. It is every marketer’s dream and almost every designer’s inspiration. Apple supports a huge parallel economy that sustains by serving apple fans/users in terms or apps, stores, accessories, etc.

10 years ago on Mar 6′ 2002, AAPL’s price closed at $12.04 or equivalent to ~$11.2 billion market cap; roughly 60% of where NOKIA (NOK) is today or slightly less than 2x of Research in Motion (RIMM) today. And 10 years on, AAPL is a phenomenon!!! Almost at $500 Billions market cap and with almost $100 billions in cash, Apple is an incredible story of our times, a real turn around story, a real game changer. Whether you like Apple or not, only 56 countries in the world has GDPs larger that Apple’s last report annual sales. At about 15 P/E, priced roughly same valuation as S&P500, more than 200 hedge funds have invested into the company. AAPL is the market today and it occupies most of the space in any index it is part of.

iAdmire Apple as a company of what it has achieved financially. Albeit, I am not necessarily an investor in iProducts. A cautionary note to my readers, before Apple, 5 other companies (that I can recall) have hit $500 billion cap mark and those were MSFT, GE, INTC, CSCO and XOM, we know where are those trading today and time that has passed since those peaks. Also those were almost near or just before the market pullbacks. I wish all the best to Apple and hopefully it will defy stock market history like it has done in the past in other areas.

For our option trading, we’ll trade the event and announcement as in the past.