Get Ready for a Bitter Pill

Get Ready for a Bitter Pill

The freshest “surprising” news is that S&P  just downgraded the US debt’s outlook to “Negative” from stable. IMHO, the only surprising element of this story is “courage”. I don’t think till now rating agencies even raised eyebrows forget about downgrading the US debt. Just a few years ago, this was almost unimaginable! As a result of the “surprising” news, markets dropped but recovered from the severe intraday losses but still resulted into a 90% down day. It was 4th 90% down day since Feb high, and not a single 90% upday has been recorded since then, in fact last 90% update was observed on Dec 1, 2010, that’s almost 5months back. 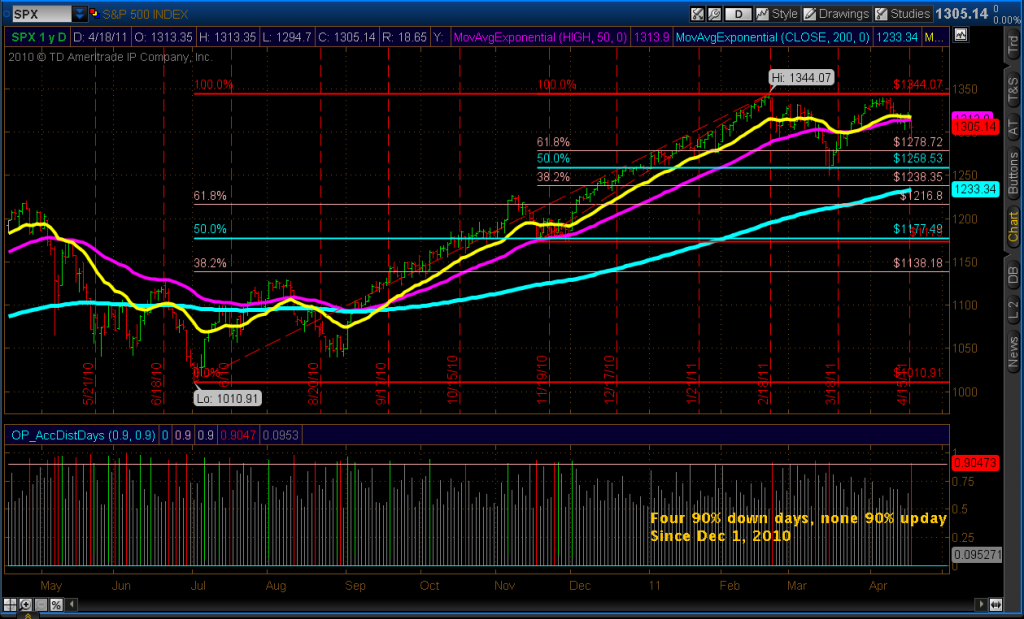 Usually a 90% down day is followed by 2-5days of technical rebound. Let’s see how much rebound will take place in next few days. 1,344 is surely a look out area for S&P500.

Stocks markets have a lot of digest in the coming months- 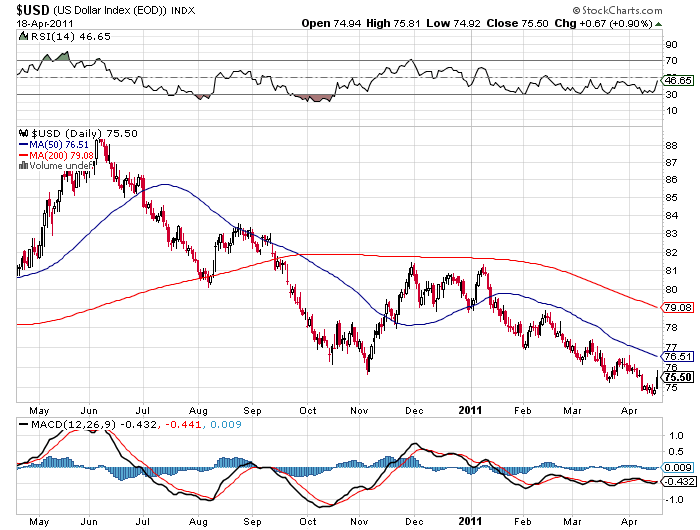 Be careful with Gold/Silver. Though I am a long term bull on Gold and been vocal about Gold since 2007. I don’t know but I sense that sooner/or later we might some sort of bearish remarks on these two triggering short-term pull backs, but as long as Gold remains above $1,400 it is still marching up.

And let’s see if this reflected in market participant’s sentiments. Here is the VIX futures quotes , you will find rising premium vs VIX cash @ 16.96 (Y’day close). Current markets are pretty much on ventilator support (courtesy Fed) since 2009 and Apr/Jul last year provided a glimpse of what will happen if Fed takes away the ventilator.

So where does this leave us? If I were to share my perspective- Continue to trade options with reduced premium selling (especially for long term trading), and avoid taking long equity position; instead I will take bearish positions with an outlook for a pullback. I won’t go long unless S&P closes above 1344.