Warning: Creating default object from empty value in /home/customer/www/optionpundit.net/public_html/wp-content/themes/salient/nectar/redux-framework/ReduxCore/inc/class.redux_filesystem.php on line 29
 Can You Afford to Ignore This Divergence, Now? - Learn to Trade Options | #1 Options Trading Education

Can You Afford to Ignore This Divergence, Now?

Can You Afford to Ignore This Divergence, Now? 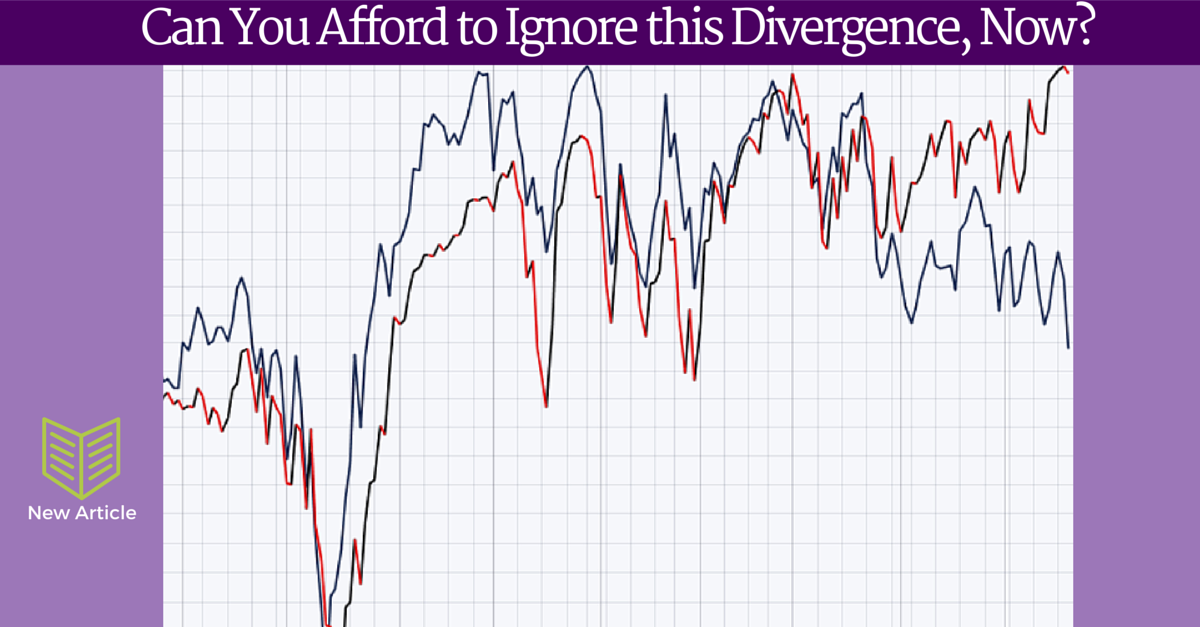 The last time I mentioned this divergence was in November 2007 and it did flash future turbulence, later to be known (and still is) as The Great Recession. This 100 year old indicator can’t be used for day to day market movements but it can define turning points on the macroeconomic level.

Are things different today vs 2007? Yes and No.

While this divergence is technically the same, there are some abnormalities in the stock markets today. And the top of the list is “role of central banks” around the world and various “plunge protection team(s)”. The “unlimited” supply of money, in the form of QEs markets, does act like an inherent PUT option which might also explain why markets haven’t suffered even a 10% pullback for quite some time now. In fact, this is one of the longest Bull runs in the entire history of US stock markets.

Still, even after factoring those differences, we can’t ignore this glaring divergence between Dow Jones Industrial and Dow Transports. In fact, it is so vivid that yesterday after Fed announcement, Dow briefly scaled to all time high, while Dow transport was slipping almost 2%!!!

The price movement analysis based on these two indices i.e. Dow Jones Industrial and Dow Transports is called The Dow Theory.

There have been other instances of Dow Industrial and Dow Trasnports divergence during the past few years. However, one that clearly stands out is Sep/Oct 2013 when Dow Jones was making a higher high but Dow kept on drifting lower i.e. non-confirmation and we all can see what happened in next few months.

So what does this mean? what do I need to do? Should I sell my stocks and convert to cash?

As a direct result of learning under him, $7000 profit during the last three months alone . My trading skills as well as results have improved significantly.

..16 years witnessing my capital being managed by different brokers....Option Pundit is well tuned with the market and exhibit option trading techniques far more sophisticated than my previous options brokers...

I am NOT suggesting that there is market downtrun right here even though I think we have at least short term peak here (SPX 2140+/-). However, As someone who has been trading these abnormal markets, you have to keep in mind all the flashing red signs so you can PREPARE your plans. No one can pick the top or the bottom. At the same time, one may have to keep dancing as long as music is being played too…but…dance as close to exit door as possible. The exit door is getting smaller day after day.