I am looking for Yahoo earnings tonight. Again I am playing backspread on this and my breakevens are $25.36 and $29.59. I expect roughly 8-10% volatility crush after the earnings are announced AMC. If Yahoo reports negative and the stock falls below $25.36, I will still make about $40. However, if it announces positive and the stock rises, then beyond $29.5, the returns will rise in accordance. The Margin requirement is $215 (I received $0.35 credit) per spread. 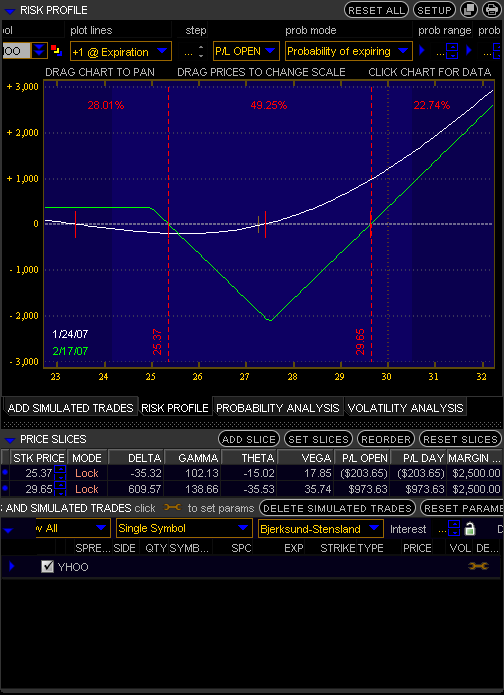