Which is the Best Laptop for Stock, Option Trading

Which is the Best Laptop for Stock, Option Trading

Isn’t this a question that, we as a trader go through all the time, especially when either we are setting up our trading room or simply want to replace the old system? I also went through similar question before I could make my latest purchase. Needless to say it was a time consuming process.

The very first question was to decide between Mac and Windows and then the Brand. What could have been a better idea to research vs simply surveying an active trading community i.e. OptionPundit Newsletter (OPN) Trading community. This post is therefore to capture my process of selection, share some feedback from real traders so that others can benefit too. Thanks to OPN subscribers for this otherwise a difficult decision making process.

There were 3 areas I focused on-

Though I am not an IT whiz, I think “Powerful” is a misconception. You may define powerful in many ways. For me, most computers use Intel processors. The latest in the series is core i3, i5 and i7 processors. Frankly, there is no need to go for “the ultimate” processor; my old “core duo” was doing just fine for a number of trading platforms that I was using. So in order to seek perspectives from other like minded traders, here is what I asked all the OPN traders who kindly responded with details, part of which I am posting below-

I am planning to replace my current laptop computer ; thought to check with other traders which one do they find more useful; mac or windows? Which brand would you recommend and which one to avoid? Any thoughts, I shall appreciate your suggestions.

As you can see below there is a clear distinction between Mac and Windows users. Those who love Mac, they simply love it. Windows users have their reasons to use it.

There are polarizing views and also experienced based. Someone likes DELL while other person hates it for all the good reasons. Based on my criteria and feedback from other traders, I concluded that I need a laptop that has-

Finally I zeroed on Dell Studio, HP Pavilion and SONY Vaio(s). Look-n-feel, pleasant screen and soft/stylish keyboard favored SONY. So for my style of trading, for me, here is the best laptop. 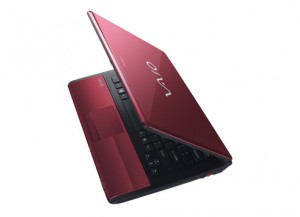 It’s been about  a week since I have been using it. So far a fabulous machine. I shall continue to update performance of the machine. If you are already a user of this machine, I shall appreciate your feedback/ comments.