Scotland’s independence will be determined by Scottish Referendum poll results on 19th.  Polling stations in Scotland will be open from 7am until 10pm on Thursday 18 September for the public to cast their vote on independence. A key question before determining any trading opportunity is when will Scottish referendum result be announced?

According to The Guardian–

“The unofficial estimated time of the result is around 7am on Friday morning, but the lack of precedent makes this hard to predict.

All these timings are based on Edinburg timezone. In order to check timing on global level, you may want to use this world clock.  Counting starts when the polls close at 10pm on Thursday 18th so early results could trickle in from around 1am and best guess will be that most of the results will pour in from 3 – 6am. Whatever it maybe, assume that from 10pm on Sept 18 till 7am Sept 19th, it will be volatile.

So what does Scottish independence mean for Option Traders? Are there any trading opportunities for Option traders?

During the past several years, markets have gone through multiple crises e.g. Greek (Euro exit) crisis, The fiscal cliff, Cyprus, Euro Crisis to name a few. The QE infinity taps were open and nothing really mattered much in-spite of lot of noise before the event. Will it be different this time? I don’t know.  What I know is that currently implied volatility of British Pound aka cable (GBP) is at record high levels. Options are pricing roughly 2% or 350 pips move in either direction. Dec futures are trading at around $1.62 level as of this writing and thus based on implied move that range is $1.59 to $1.65. 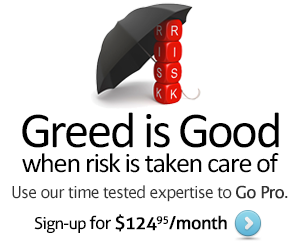 Based on the currentl IVs, here is a trade I am envisioning-

This will generate $0.0020 credit (Multiplier is 62500). The options expires on Sept 19th i.e. Friday i.e. the day of Scottish Referendum Poll Results. If however, the trade is already profitable, before the announcement, you may want to book profits beforehand.  The risk is to lose $0.0080 thus reward/risk of this condor is 1/4.
A watch-out though- before you follow this trade make sure you know how condors work? make sure you understand how future options work and also make sure you have a full plan before entering into the trade. Even though this is a high probability set-up to keep $1, there is also probability of losing $4 that every $. There is NO FREE lunch.

Disclaimer- As of this writing I am in GBP condor trade (different strikes as I entered into it last week). I also have other GBP trades. I might open, change strikes, close etc, anytime without prior notice. AS ALWAYS, All e-mails are for educational and entertainment purpose only. These are NOT trade recommendations. You should do your own due diligence and follow your own trading plans.