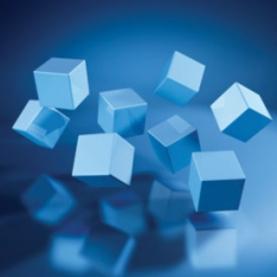 One weekend afternoon, I received a phone call from one of my friends who was learning to trade options. He is a diligent trader who always analysed his trades after they are closed and made it a point to read up on trading. This time round, he had a few losing trades in soybeans. After analyzing his trades, he couldn’t identify what errors he made that lead to losses and decided to give me a call to ask for my opinion.

We talked for a while on the phone and I spent some time understanding his trades. I realised that there were no errors on his part. He had a workable trading approach, he followed his rules accordingly and his execution was perfect. The losses happened simply because trading is a game of probability. So the first question I asked him was “Why do you think there were errors on your part?” To which he replied “Because I lost money! So surely I have made a mistake somewhere?”

I spent the next half an hour explaining to him that his trading approach is still working and he didn’t make any mistakes. (We will discuss how to tell if your trading method is still working in my next post). However, no matter how well he executed his trades; there will be losing trades because we are playing a probability game.

This is different from most things that we learn in our day to day life.

In school, for Mathematics and the Sciences, if we applied correctly what we have been taught, we will surely arrive at the right answers at exam time.

In our day to day life, once we learn how to drive a car, operate a new mobile phone or a new computer system at the office, we will always get the same results applying the same approach.

But trading is a totally different game. It is a business based on probability. And by probability it means sometimes we get what we want, sometimes we don’t. And that’s the nature of the this business. The sooner we accept this , the better we can operate it as business.

The issue is most people understand and accept that trading is a probability game only INTELLECTUALLY. They do not accept EMOTIONALLY that they will have losses and in a probability game, it is guaranteed that we will eventually experience a string of losses. This can be in the form of losing days and at times, losing months!

It gets tough when we experience extended periods of losses or poor performances and that’s where average traders quit because in the first place they never accepted emotionally that they are playing a probability game. Looking for more knowledge, better trading systems or striving for flawless execution in an attempt to avoid losing trades will only lead to more frustration.

My friend never did accept emotionally that he is playing a probability game. My hope is that he will eventually come to see trading as the game it really is. Only then will his diligence count and propel him to break through to the next level.