My play for AAPL Tonight

My play for AAPL Tonight

Today was very hectic day, so not a lot of analyis. I don’t want to bet on direction and hence I am opening a backspread for $1.35 credit. I sold 3 AAPL 95 calls and funded 7, 100 calls. My total risk on this trade is $1365/backspread. The breakeven points are 95.5 and 103.4. There is about 30points IV difference between Jan/feb ATM so expect IV crush which will hurt me. I am slightly bullish on AAPL and therefore opening with the calls. The same can be opened with the Puts as well. Here is the r/R charts : 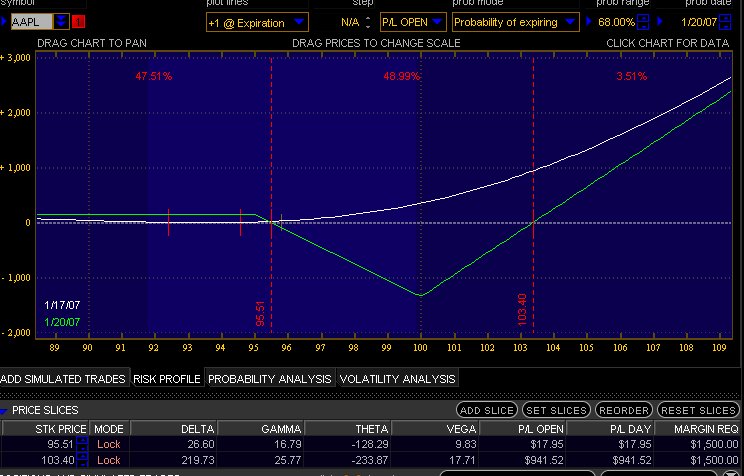